Proud to be neurodiverse 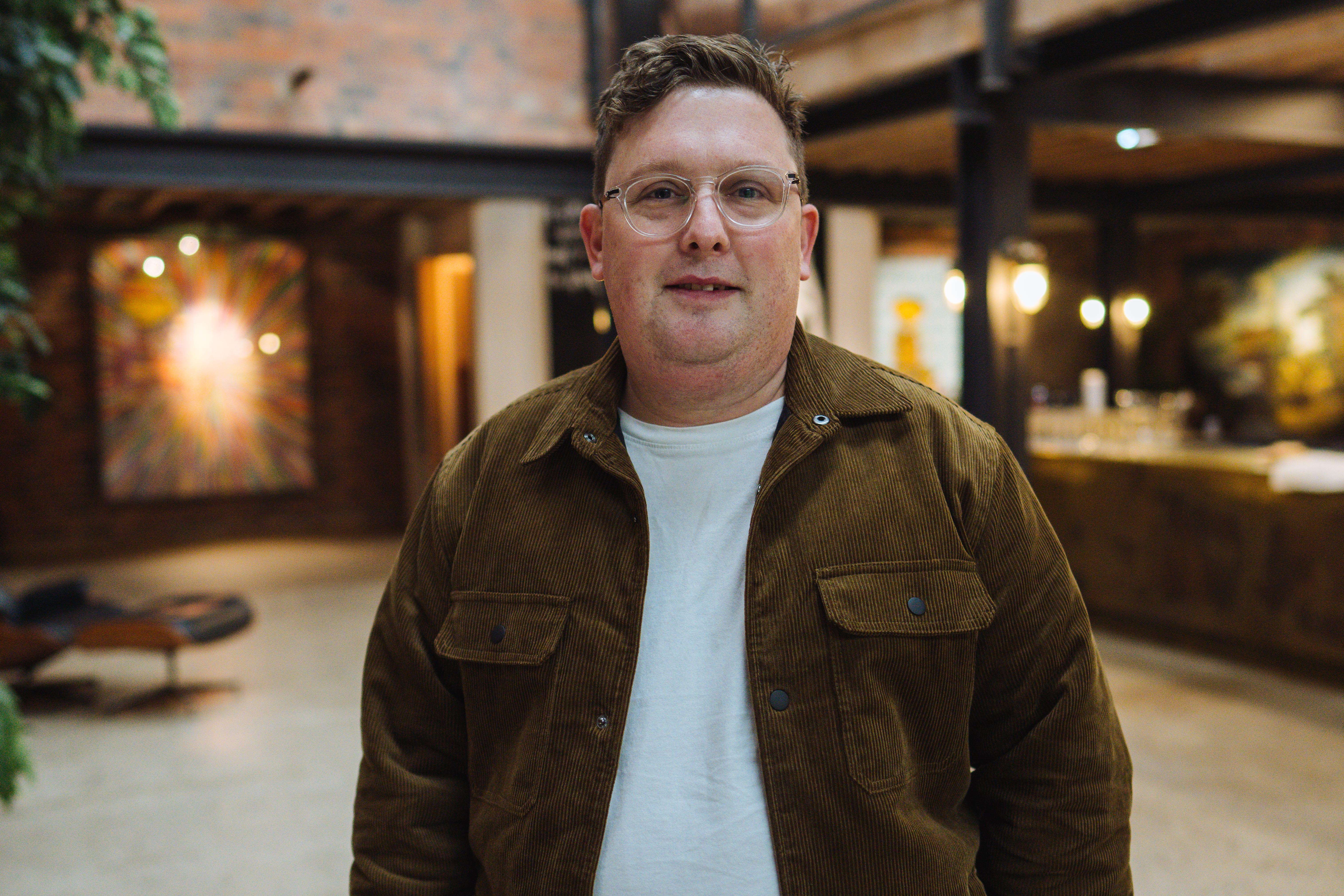 From his own experiences with neurodiversity as a child to receiving utmost support at work, James Davies (Regional Director at Talent North UK) shares his story.

Proud to be neurodiverse

After being diagnosed with dyslexia and dyspraxia from the age of nine (and ADHD later down the line), it’s safe to say I’ve experienced my fair share of obstacles. But I’m proud to be neurodiverse - and I want to showcase that despite what society might tell you, there are no limits to achieving success both in and out of the workplace.

I’m super passionate about eliminating the stigma and changing the landscape of how neurodiversity is perceived, empowering people like myself to stop viewing themselves as having disabilities - and see their differences as special powers instead. There are so many unique qualities that people like myself can bring to the table; and it’s a shame they’re still often overlooked in certain working environments.

So, I wanted to share a little bit about my own personal experiences from childhood and beyond, and share key insights on how managers can best support their employees . And yes, I did have some help writing this blog - and that’s totally ok. If there’s one piece of advice I’d start with, it’s NEVER be afraid to ask for help if you need it. (And if you’re in a workplace where you feel uncomfortable or simply unable to reach out, that’s a telltale sign you’re not working somewhere that’s right for you…)

Back to the beginning

I was diagnosed with dyslexia, dyspraxia and ADHD at a young age. Back then, people were nowhere near as open about these things as we are now - so education on these matters wasn’t brilliant and the stigma was pretty huge.

These diagnoses were partly down to the fact I never learnt how to crawl as a young child. My coordination was pretty terrible and, by the age of 10, I still couldn’t catch a ball. I had to go to physio to learn how to crawl (at the time I felt embarrassed, but it was necessary to get my coordination up to where it needed to be). It all paid off and I became really good at squash, winning the county championships when I was 14! This was a big boost for me and really helped my coordination in the long run.

Back to age 10 again, I had to start using a laptop for everything at school as my writing skills were poor. This was WAY before the time laptops were seen as cool, and I was picked on - made to feel like I was different from the other kids. I also had to wear John Lennon-style red glasses to help with my reading, which just added to that feeling of ‘not being like everyone else’. It shouldn’t have mattered but, back then, it was seen as a big deal.

I was fortunate that my parents were very supportive and my mother was a headteacher. She was very in-the-know about all of these things. In fact, it was my mum who recognised I needed a certain colour to help me read better (hence the groovy red glasses!).

Aside from the other kids at school not being particularly friendly towards my laptop and groovy glasses, I unfortunately experienced obstacles from my teachers. I got told during parents’ evening around age 14 that I’d never get to university or any other form of higher education. This created a huge mental block for me and I wasn’t even an adult yet!

My writing skills were poor as a child and they still are to this day. Written communication has always been a big obstacle for me and many saw this as a weakness early on. But, I quickly found ways to turn this into a strength. Instead of spending hours struggling to write emails, I had no issue just picking up the phone instead - something a lot of people are often quite apprehensive of, hiding behind emails as a safety blanket.

This ability to happily pick up the phone and chat to anyone helped me build better and more genuine relationships with people. This is a huge plus when working in recruitment, and allowed me to progress pretty quickly.

Stop focusing on what people can’t do

Despite the obstacles I’ve faced, I’m definitely not embarrassed and I think neurodiversity positively defines me in a lot of ways. I’m proud of it! My two daughters are also similar to me, and my experiences allow me to support them and provide a greater degree of empathy.

Which leads me to say that instead of focusing on what people can’t do, look at what they can do instead. Stop seeing differences as weaknesses and look at how they can be viewed as strengths.

I was pretty lucky with most of my managers,  as they recognised that for every perceived ‘weakness’ I had, there were a bunch of other strengths I had to offer. Rather than focusing on my difficulties with writing, they focused on how great my verbal communication was. I had zero issues with picking up the phone and making call after call to whoever - whereas a lot of people didn’t have the confidence to do that. But I did.

Are you truly inclusive?

If you’re a hiring manager, I think it’s so important to evaluate your testing and interview processes. For example, when I first got into recruitment, I was lucky my boss at the time took a chance on me because there was no way I’d have got through the written assessments! It’s a shame I feel ‘lucky’ to have had a manager who understood and took my differences into account. Surely everyone should receive support like this?

We just need to be more aware and ask things like “is my current hiring process ruling people out?”, “Am I excluding people without even realising it?”. Later in my career when I was the one interviewing people, I’d often think ‘wow, I’m expected to put people through tests I would have never got through myself’. I soon realised that was something that really needed to change.

Putting barriers (i.e. tests that aren’t 100% necessary) in place for the sake of it is pointless. You may be excluding people who are brilliant in other ways but, because they’re not totally compatible with the current processes you’re using, you could be losing out on someone who’s great.

It’s not all bad!

Despite the changes that still need to be made, there are notable positive movements going on in the neurodiversity space. For example, LinkedIn recently added ‘dyslexic thinking’ as a profile skill which was amazing to see. The aim was to recognise the problem-solving and creative skills that people with dyslexia are able to bring to work.

But for real change to come about, we need to alter the language we’re using. Instead of thinking “I’ve got this, it’s a disability”, we should be seeing these diagnoses as powers that can help us in a bunch of different ways. I think if we approached neurodiversity with a more positive spin, it’d massively reduce the stigma and help people feel more at ease speaking up and asking for help.

If you want to get the best out of your staff and build a truly inclusive culture, you need to create an environment where people feel comfortable to say “I’m struggling, I can’t do this”. Your people will work a lot harder if they feel they can open up and ask for help if they need it.

I feel lucky to work for a company that supports me in any way I need - but not every company is like Talent (unfortunately!). There’s still a way to go in reducing the unfair stigma associated with neurodiversity, but I think there are some positive steps being taken.

Talent Summer: Incentives with a difference

A day in the life at Talent Sydney

Are you stuck in a job rut? A career is just a job without the ability to progress. Mel is the person to speak to if you’re looking to explore opportunities with Talent. She looks after hiring for Team Talent and ensuring you have an awesome candidate experience with us.

If you’re interested in progressing your career with Talent, reach out to Mel here, or on LinkedIn – she’d love to hear from you.

Thank you! Your submission has been received!
Oops! Something went wrong while submitting the form.