Can a mum of 4 really achieve a successful work-life balance?​ 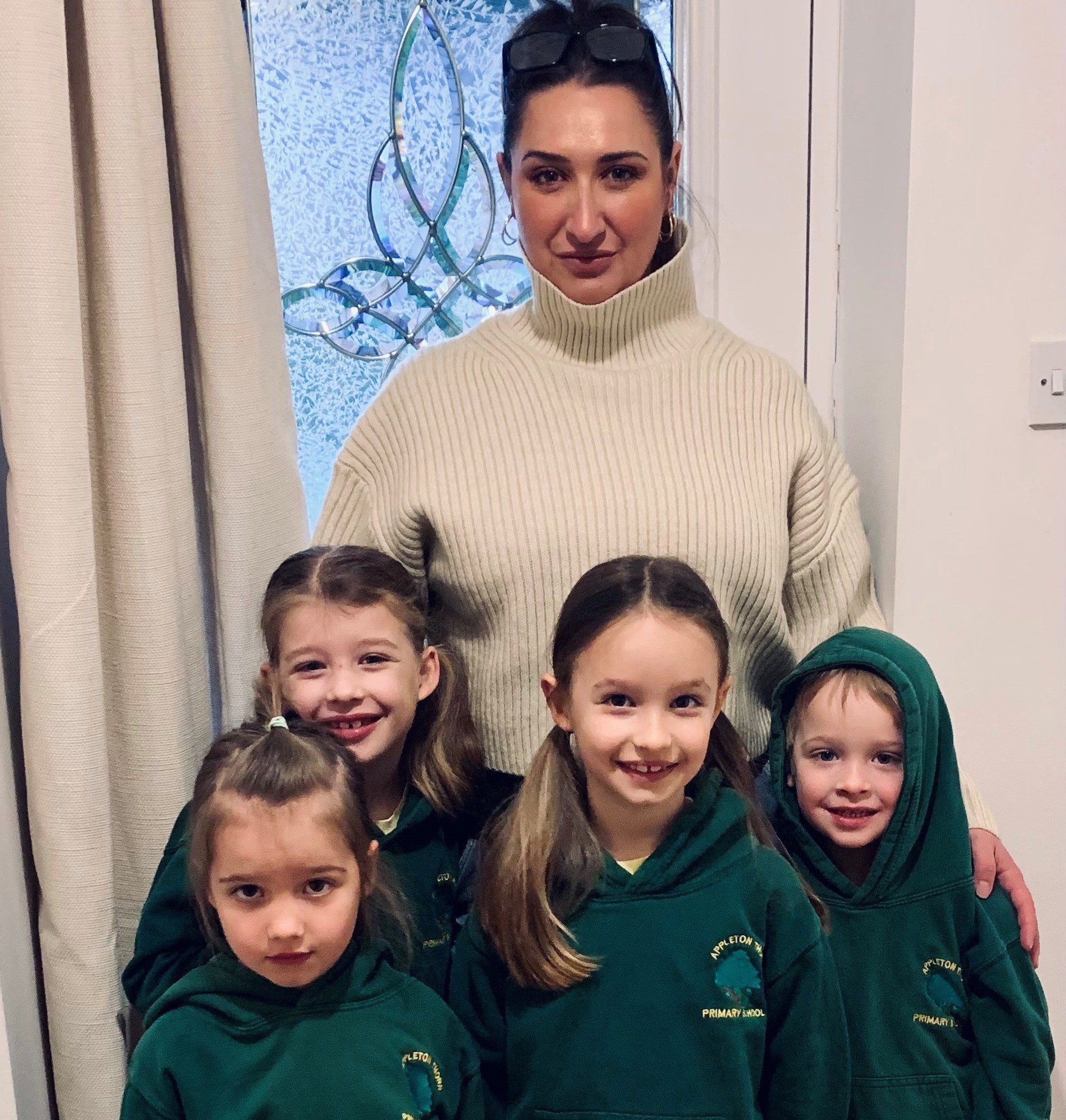 Sara Davidson, Head of Client Services based in our Manchester office, reflects on how Talent's flexibility has helped her challenge the typical 'working mum' stereotype. Mother to two (yes, two!) sets of twins, Sara reveals an insight into her recruitment journey - and highlights how, when you're working for the right company, nothing should stand in your way.

As a mum of two sets of twins, it’s safe to say my life is pretty hectic at times. From taking my children to appointments to navigating my career, there was a time when I was convinced I’d never be able to achieve a successful work-life balance. It’s no secret how many societal obstacles are still placed on women when they have children. And, at one point in time, I often felt like I’d have to choose between a thriving career and a healthy family life.

But working at Talent has shown me that we truly CAN achieve both - and that ‘point in time’ of questioning what I can do is over. I can honestly say I feel more supported than ever, and am given all the flexibility I need to be the best mum I can be - without sacrificing my career goals or success. Work for the right place and you’ll never be left feeling forced to “choose”.

I joined Talent in 2019 but originally started in the recruitment industry back in 2004. Honestly? The world of work was very different back then.

The whole “8am til 8pm” routine was just expected of you, and working from home wasn’t an option at all. So, when I experienced what I faced next, this environment seemed pretty intimidating to come back to...

I was pregnant with twins and my waters broke in the office - 10 weeks early! (Crazy, I know.) One day I was working full-time and the next I was on instant maternity leave without a lot of warning. I had every intention of coming back into recruitment but, after having my children over 2 months early, I just wasn’t sure how I was going to make it happen.

I’d be lying if I said I didn’t feel very intimidated by returning to the working environment I’d been so used to. As a new mum of twins, the expected long hours just weren’t going to be doable for me anymore. But the last thing I wanted to do was return to my career and end up failing - it was a real fear of mine.

In the end, I decided to hand in my notice at my old company and spent the next 18 months being a full-time mum. After a while, though, I started getting itchy feet and really wanted to get back out there. I began holding gymnastics classes for the council (a pretty big change from recruitment that’s for sure!), and I loved it. But, I soon found out I was pregnant again… with another set of twins!

So, all in all, I had four very young children to look after. This made the thought of getting back into recruitment seem even more impossible than before, and I’d almost completely given up on the idea.

Light at the end of the tunnel

Throughout my journey leaving the industry and becoming a mum, I’d always kept in touch with James Davies (our director in Manchester) as we used to work together. He got in touch and offered me the chance to join Talent, and I accepted on the proviso of one essential thing: flexible working. With four young children, this was non-negotiable for me.

And that’s exactly what I was offered. I waited until my youngest twins turned two, and my Talent journey officially began.

“Give a damn” isn’t just a saying that Talent like to throw around - it’s a real value that’s genuinely put into action here. For me, it’s all about flexible working, empathy, and feeling like you’re truly cared about as a member of the team. And that’s exactly what Talent delivers!

More time is focused on your skill set and what you can bring to the organisation (rather than how many hours you work or how long you’ve spent in the office.) We’re all given a voice and there’s little emphasis on ‘status’ or hierarchy - which is a huge contrast to some other places I’ve worked. We’re all treated the same; we just have “different jobs”.

As a working mum, I’m very aware of the unfair questions women often face. “Are you worried your career will slip once you have children?”; “Do you honestly think you’ll achieve a decent work-life balance when you have a family?” - it drives me crazy!

And the saddest part is that, for a long time, I genuinely believed the stereotype. After having two sets of twins so close together, it was almost ingrained in me to think that I’d never achieve a healthy balance if I went back into recruitment. One of my children is autistic too, and requires a higher level of interaction and different forms of care. I have a bunch of appointments I need to attend, and I genuinely believed that important family commitments would hinder my ability to be successful at work.

I also experienced a serious setback at the end of 2019 - I went fully blind and had to take three months off. Even when I returned, I was having regular consultations for my eyes - on top of the other appointments already in my calendar. So, it’s pretty clear why I never thought achieving a healthy work-life balance was doable for me.

But, Talent showed me that it is completely possible. I don’t need to request holiday to take my children to their appointments, and I have the flexibility to do everything I need to do for myself. No one ever questions my situation when I’m taking calls travelling in the car or heading to see the doctor - because they know I’m happy to work as hard as I can whenever I’m available, and I’m trusted to do my job and do it well.

I can get everything done because I don’t feel any pressure NOT to be a mum. I don’t have to hide it or do anything behind closed doors. I’m actively supported by my team and Talent as a whole, with room to breathe instead of feeling stressed.

Identify what you want and don't forget to be yourself!

I’m often asked what my advice would be for young new starters coming into recruitment right now - many of which are likely to start families of their own one day. And honestly? It’s very difficult for me to pinpoint specific things because I didn’t have any strong workplace role models when I joined recruitment.

Nobody I worked with had family commitments, which skewed my perception into thinking it’s one or the other: having children or having a successful career. That is clearly not the case, provided you’re working for a good organisation where you’re supported as much as possible.

To be successful (not just in recruitment, but in general), it’s all about knowing what you want for yourself and being proactive in achieving it. Today’s world of work is a lot more flexible than it ever used to be - and it’s important you’re not afraid to ask for flexibility if you know it’s something you need.

But, more importantly, just be yourself! (I know it sounds cliché, but it’s so true.) When I first started in recruitment over 10 years ago, I was taught to talk a certain way, dress a certain way, write an email a certain way… It felt like a lot of pressure, and I found the way I presented myself at work was totally different to how I acted at home. And, in my opinion, that’s a really bad thing.

There’s no denying it’s important to be professional but, if you’re in a working environment where you feel pressured to act like a completely different person, you’re in the wrong organisation. I’ve always felt comfortable to be 100% me at Talent - and that really counts for a lot in my book.

Don’t try too hard to be someone else, and you can’t go far wrong.

There’s no denying the progress we’ve made as a society. But, in my opinion, there’s still a way to go if we want to beat the stereotypes mums can sometimes come up against. I feel very lucky to work for such a supportive organisation and I’m looking forward to many more years with Talent - and continuing to enjoy motherhood to the fullest!

Talent Summer: Incentives with a difference

A day in the life at Talent Sydney

Are you stuck in a job rut? A career is just a job without the ability to progress. 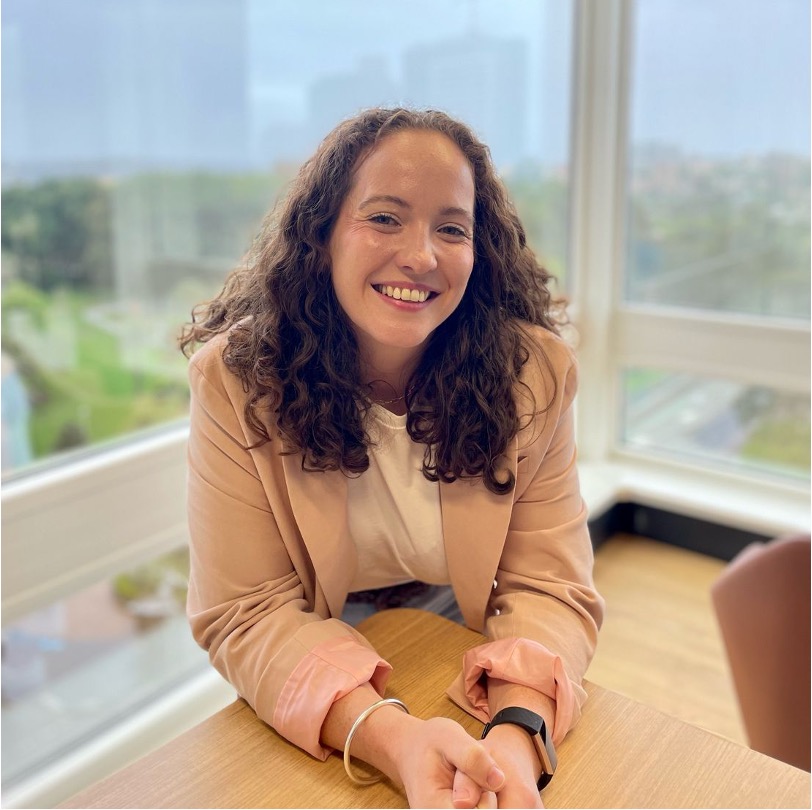 Chloe is the person to speak to if you’re looking to explore opportunities with Talent. She looks after our hiring and recruitment processes across the globe, ensuring you have an awesome candidate experience with us.

If you’re interested in progressing your career with Talent, reach out to Chloe here, or on LinkedIn – she’d love to hear from you.

Thank you! Your submission has been received!
Oops! Something went wrong while submitting the form.